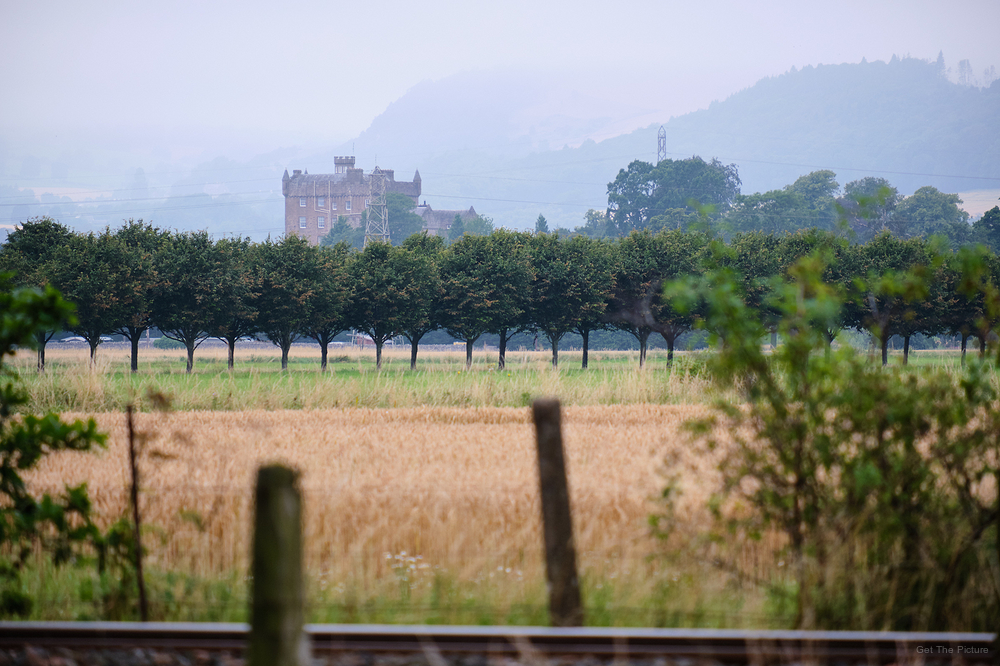 Posted by Stu (From Scotland | Working in Kyoto, Japan) on 9 September 2019 in Landscape & Rural and Portfolio.

Castle Huntly is a castle in Scotland, now used as a prison under the name HMP Castle Huntly. It was built around 1452 by Lord Gray of Fowlis under licence from James II of Scotland. The castle is said to be haunted by a White Lady, a young woman dressed in flowing white robes. There are various stories concerning her history, one of which is that she was a daughter of the Lyon family who occupied the castle in the 17th century. She allegedly began an affair with a manservant at the castle, and when their relationship was discovered, was banished to a bedroom high up in the tower overlooking the battlements. Unable to endure her suffering, she threw herself (or was she pushed?) to her death from the tower. The ghost of the White Lady has been seen a number of times over the years, often in the grounds surrounding the castle at night. She has also been seen in the bedroom in which she was imprisoned. The families that claim to have seen her report that she does not seem to cause fear and appears harmless.

A beautiful view of this castle prison. Quite an interesting history.