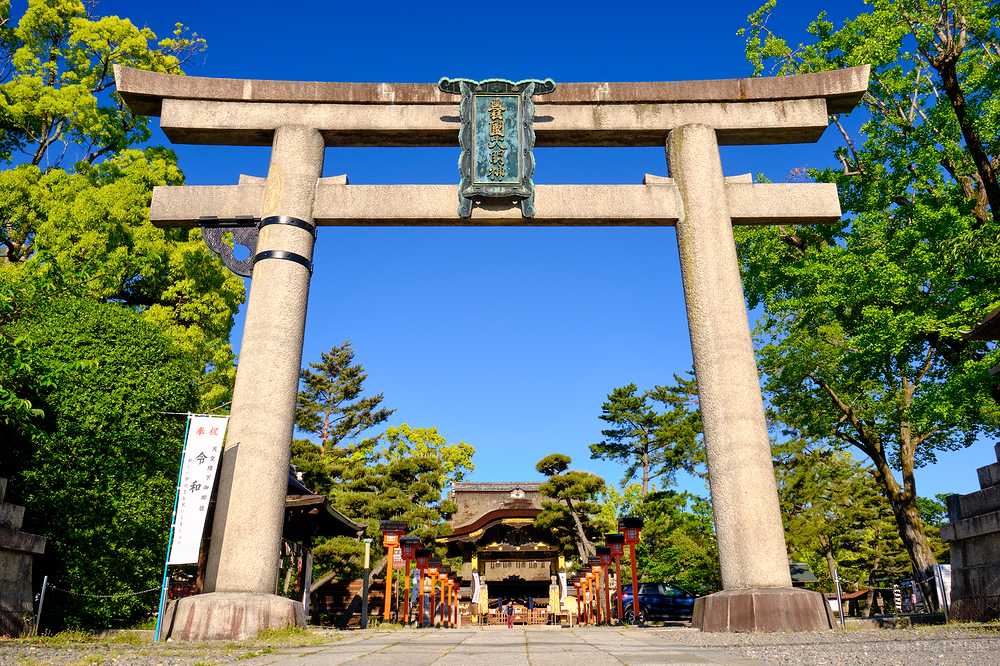 Posted by Stu (From Scotland | Working in Kyoto, Japan) on 9 May 2019 in Miscellaneous and Portfolio.

This shrine is the official tomb and shrine of Toyotomi Hideyoshi, who died September 18, 1598 in Kyoto. Toyotomi Hideyoshi (豊臣 秀吉, March 17, 1537 – September 18, 1598) was a preeminent daimyō, warrior, general, samurai, and politician of the Sengoku period who is regarded as Japan's second "great unifier". He succeeded his former liege lord, Oda Nobunaga, and brought an end to the Warring Lords period. The period of his rule is often called the Momoyama period, named after Hideyoshi's castle. After his death, his young son Hideyori was displaced by Tokugawa Ieyasu.
Hideyoshi is noted for a number of cultural legacies, including the restriction that only members of the samurai class could bear arms. He financed the construction, restoration and rebuilding of many temples standing today in Kyoto.

Such a strong visual statement.

A beautiful torii and shrine. Thanks for the interesting history.