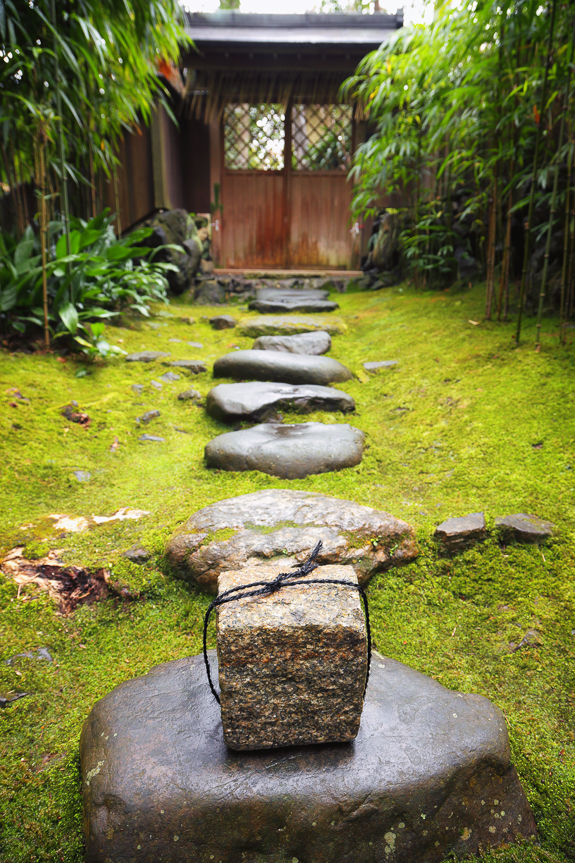 Posted by Stu (From Scotland | Working in Kyoto, Japan) on 18 February 2017 in Miscellaneous and Portfolio.

This is a tome ishi (stop stone) or, to use its more descriptive name, a sekimori ishi (boundary-guard stone). It is a device used in Japanese gardens, particularly those with tea houses, to guide visitors along a prescribed route. You occasionally see them elsewhere, such as outside a traditional restaurant to indicate it’s closed, but these whimsical wrong-way markers are most strongly associated with tea gardens. One of the mysteries about sekimori ishi is: When did rope come to be used, and why? The rope makes the stone easier to notice, and to move from place to place. But ever since ancient times, Japanese people have used rope to mark off sacred space and designate things as divine. The presence and authority in a sekimori ishii comes largely from the fact that it’s bound in rope.

A beautiful image and most interesting information.

Iteresting view and explanation!!
Thank you!