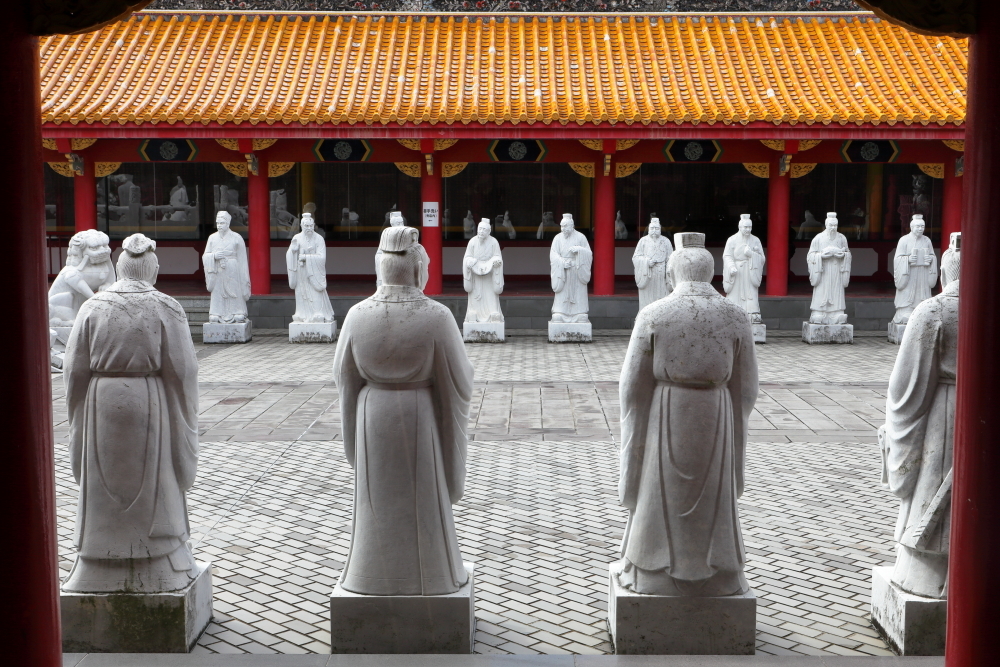 Posted by Stu (From Scotland | Working in Kyoto, Japan) on 7 January 2017 in Lifestyle & Culture and Portfolio.

Confucius Shrine (孔子廟 Kōshi-byō) in Nagasaki is said to be the world's only Confucian shrine built outside China by Chinese hands. Even today the land on which it stands is Chinese territory and the land rights controlled by the Chinese Embassy in Tokyo.
First built in 1893 by Chinese residents of Nagasaki with the support of the Qing Dynasty government, the shrine was designed to serve as a place of worship and learning for the Chinese community, and housed a Confucian sanctuary and primary school. The buildings were severely damaged by the atomic bomb explosion on August 9, 1945 and were not restored and opened to the public until September 1967. The shrine was extensively renovated in 1982. Standing outside the shrine are 72 statues representing the 72 followers of Confucius.

A beautiful photo and great information.