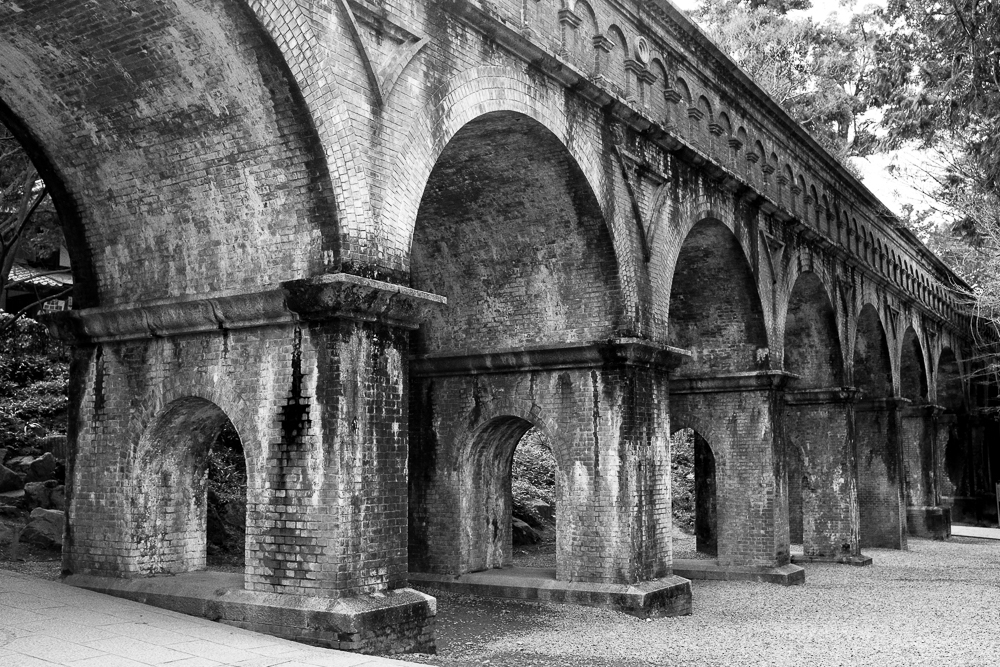 Posted by Stu (From Scotland | Working in Kyoto, Japan) on 6 January 2017 in Architecture and Portfolio.

Built during the Meiji Period (1868-1912), the aqueduct at Nanzenji is part of a canal system that was constructed to carry water and goods between Kyoto and Lake Biwa in neighbouring Shiga Prefecture. Paths run alongside the canal that lead into the surrounding forest.

The tones and details in the brick work are super.